China has a long history of water control and management. In ancient times, the administrators appointed special officials in charge of river affairs. During the Warring States Period (475-221 BC) governor of Shu prefecture, Li Bing ordered the building of the Dujiangyan Irrigation System in today’s Sichuan province in Southwest China, which is a famous example of water conservancy and could be regarded as the precursor of the river chief system.

With the rapid economic and social development, some new issues have occurred in management and protection of rivers and lakes in China: the emissions of pollutants into rivers and lakes remain high in some areas, while encroachment of river courses, reclamation of lakes and illegal sand mining often occur in some places.

To solve the problems, in some areas, government leaders at the four levels – province, prefecture, county and township – serve as river chiefs, and the province level is led by general river chiefs, to manage, protect and govern rivers through inter-agency coordination and cooperation.

On the basis of the practice of some provinces/autonomous regions/municipalities in the last ten years, in December 2016, the General Office of the CPC Central Committee and the General Office of the State Council promulgated the opinions on the All-Around Implementation of the River Chief System. By the end of 2018, the River Chief System will be implemented all around for rivers and lakes nationwide, with providing an institutional guarantee to maintain the healthy life of rivers and lakes and to achieve their sustainable use.

The river chief system today is a management system for rivers and lakes and is linked to the accountability system of environmental protection and performance evaluations of top officials. River Chief is the first person responsible for river management, and his/her main duty is to urge the river chiefs at the lower level and relevant agencies to complete the ecological protection tasks of rivers and to coordinate to solve major issues in river protection and management.

Kigezi is a beautiful region of Uganda also known as the Switzerland of Uganda due to its high mountains and cold conditions. It is a densely populated region with a population density of 314 persons/km2. It has an annual food crop agricultural system where farmers open up gardens every rainy season to grow their crops. Unlike other mountainous areas of Uganda, the hills of Kigezi have deep soils suitable for crop production, nature’s special gift to the people. The hills are terraced as mitigation against severe soil erosion.

Rapid population growth has increased pressure on land and families have heavily fragmented their land by subdividing their holdings. This has led to continuous cropping and with intense rains as a result of climate change, soil erosion from these agricultural areas has reached alarming levels. Farmers lose their crops, livestock, lands and property and in worst cases, lives are lost as people are washed away by landslides. Also, as a result, rivers are heavily silted and their waters unsuitable for household use.

Concerted effort is therefore needed to control the rate of soil erosion and restore these hillsides into the productive areas they were not long ago. The interventions available require the participation of every landowner to be effective, and this is a huge task to get everybody to participate. Investment in engineering structures of the steeper hills is also required, and this necessitates external support because the communities cannot afford the costs of establishment of these structures.

What was previously viewed as an exceptional gift by nature, now is a cause for worry for people who live in these highlands. Whenever the rainy season starts, it becomes a matter of when the heavy rains will sweep away the fields. Is Kigezi now ungifted by nature? 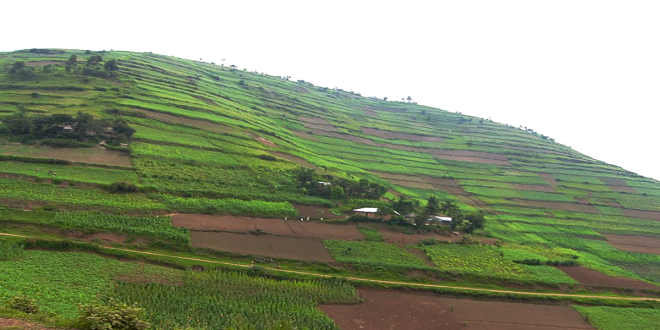 During our seminar participants from EM41 created a short video with important statements. Here it is:

And here is a short Video statement from Franciska Malembeka about Wildlife conservation in Tanzania:

Once known for its rich cultural heritage and diversity, New Delhi, the capital city of India has now earned an unenviable acclamation of being one of the world’s most air polluted city.

Air pollution has always been a problem in cities, since modern era industrialization. The Donora smog disaster (1948) and the London killer fog (1952) are few of the infamous anthropogenic hazards. In New Delhi, being the center of the nation having thrust on economic development, policies and a framework governing the state of the environment became trivial. Recently, in the city the problem of air pollution escalated due to cumulative impacts of traffic menace, large-scale construction, industrial emissions, insufficient public infrastructure and crop residue burning in neighboring provinces. In winter season, it worsens because of stagnant winds, fog and firecrackers burning. In 2017, the city and its surrounding areas cripple under a thick film of smog as the air quality readings were recorded 30 times of the World Health Organization’s recommended safe level. Burning sensation in eyes, headache and sore throat are few of the ill effects of air pollution. It was reported that breathing in the city is equivalent to smoking 50 cigarettes a day. The air quality deteriorated to such an extent that government declared a public health emergency and asked vulnerable people to avoid coming out of their houses and use pollution masks like N95.

So, what is the solution? Pollution is not a matter of air and environment only, it is a matter of fundamental rights and wellbeing of citizens and national pride. Hence the role of policy makers, judiciary, industries, technical institutions, civil agencies, non-environmental sectors and involvement of people in addressing the problem is crucial. Besides strict implementation of environmental rules and regulations, education and self-driven responsibility to protect the environment is equally important to address this over-arching problem. 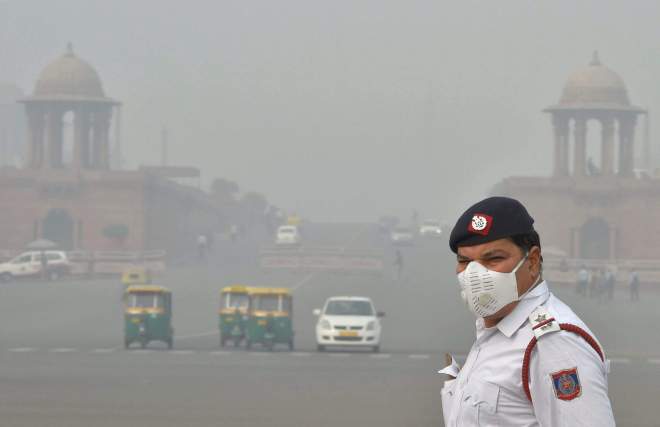 The kingdom of Cambodia is a one of the oldest countries located in Southeast Asia. With a rich and old history, the capital city was changed from time to time. Phnom Penh is currently the capital city of the kingdom, and it is where I am originally from. Within a strategic location, Phnom Penh City is not only the capital, but it is also the center of political, culture, tourism and commercial hub with a population of 1,876,000 inhabitants (Phnom Penh Population, 2018).

Phnom Penh was a well-developed city during the Sangkum Reastre Niyum period in the 1960s. It was the center of industrialization and an enjoyable city. However, during the genocide era from 1975-1979, Phnom Penh had been abandoned while all people were forced to leave the city. Some infrastructure was destroyed, and it had become a ghost city. After the end of this era, people returned to the city and rebuilt the city.

After the 1993 national election, with a stabilized government and full peace, Phnom Penh has re-opened to the world. Many investments have started while the tourism sector has been growing annually. Phnom Penh has become a major tourist destination in the country where people can easily find and learn about history, culture and Khmer civilization at the same time.

Furthermore, the infrastructure including hotels, shopping malls, restaurants and public spaces has been booming remarkably in the last several years. People in the city have a variety of choices to enjoy time with their families and friends. Phnom Penh has been converted from a silent city to an enjoyable place to live.